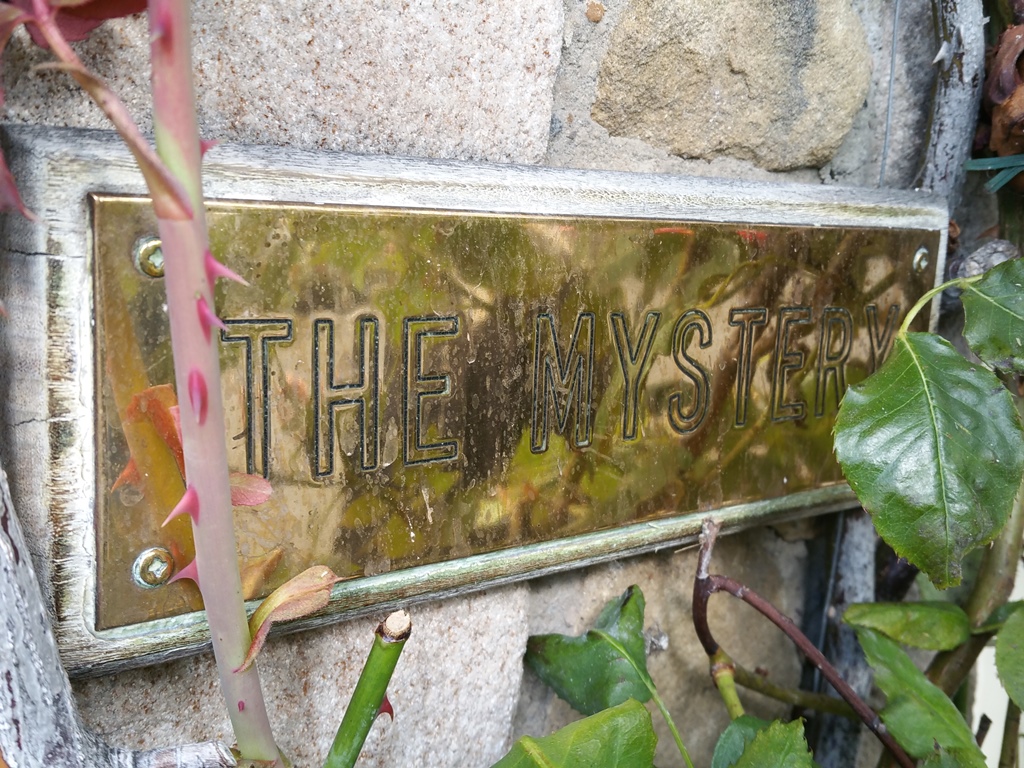 Romans, writers and Browns in the Tyne Valley

We had the rare privilege of both daughters’ company for our Corbridge Mystery Trail adventure. One of the fab things about Treasure Trails is that they seem to appeal to all ages – not just the young and the old (they are great for getting grandchildren and grandparents doing something together and talking together), but teens and young adults too. I’ve heard from many people who’ve written to say how good it was to get their sloth-like teens out of the house doing something with the whole family. We can also thank Pokemon Go for this now of course – long may the trend continue. In any case, as you can see from the photos, this activity got our two (aged 22 and 19) involved and we all had a real giggle exploring this lovely old village. There may have been some pokemon ensnared along the way as well.

Now here’s a thing, I would have thought Corbridge was a town but it’s not, the population is only around three and a half thousand. Like other villages everywhere it’s growing of course – one of the things my husband (being from round those parts – he’s from Prudhoe, a little further downstream) remarked upon was a new housing estate on the north side of the village. ‘I’m sure this was all fields when I was a lad…’ he commented. We both agreed that the new houses looked very nice and in keeping with the old stone of the central village area.

And Corbridge IS pretty old. Parts of the church of St Andrew date from the 7th Century. The name is very closely associated with that of Corstopitum, the Roman settlement here. The fine stone bridge across the Tyne holds the distinction of having been the only one remaining along the whole Tyne Valley after serious flooding in 1771. Sturdy stuff. The original medieval bridge was built in 1235! Other parts of the village were in evidence at the time of the Domesday Book and if you visit the church you can see artefacts from many periods.

The Trail is a good one for a quick visit. It’s short (only about a mile in total), with 23 clues packed into it. There is one short hill as you arrive in the village after crossing the bridge – a bank really – which may be a struggle for wheelchair users, but apart from that it’s accessible, level and easy walking. Once into the village the route winds around the lovely old streets. You’ll get a chance to visit some fairly irresistible little shops. We lost a bit of time in gift shops and couldn’t resist Grant’s bakery on the market square. We’d never seen such huge macaroons and meringues as they had on display!

Corbridge is also host to some very tempting and cosy – if sometimes busy – local pubs. The food in these is of a really high standard. Although we didn’t get to test them out on this visit we know by reputation that they are good and they certainly looked popular as we passed by. You’ll also pass Il Piccolo restaurant, wine bar and deli as you explore. We remember Il Piccolo from when it started up in Prudhoe, twenty-five or so years ago. I’ll never forget Pamela, the maitre d’ and wife of Manny the chef, recommending the Sicilian Barbera to us when we went for a meal there BC (before children) – a great choice which enflamed our love of Italian reds.The reputation of the little bistro under the talented hospitality of Manny and Pamela outgrew its early premises on Prudhoe Front Street and after a few years they migrated here to Corbridge where by all appearances the Il Piccolo estate seems to be flourishing.

On previous visits we’ve also been tempted into the Corbridge Larder on Hill Street, a glorious deli and restaurant, but the trail didn’t pass directly by it on this occasion, so we’d recommend to any future trailgoers to actively hunt it down.

The Murder Mystery Treasure Trail itself was great fun. We loved the slightly awkward rhyming clues and there were a couple that really had us thinking and looking hard. Clue 17 was one of my favourite clues encountered on any trail so far. Very clever – you’ll have to do the Trail to see why! There was also a very sneaky one in the churchyard. I love the clues that make me go ‘Ahaaa!’ when you spot them, and this one did just that. After 23 clues we’d worked out the name of the guilty party and the weapon used in the crime and it was time to celebrate by jumping in the air!

A compact and fascinating Trail around a lovely village crammed with history.

What Polly and Lucy said:

It was great to see a new angle of Corbridge despite having been there several times before.

Lovely family activity for everyone to get involved with. It made me feel nostalgic going back there – I was younger when we went and it seemed familiar but I learned a lot more this time!