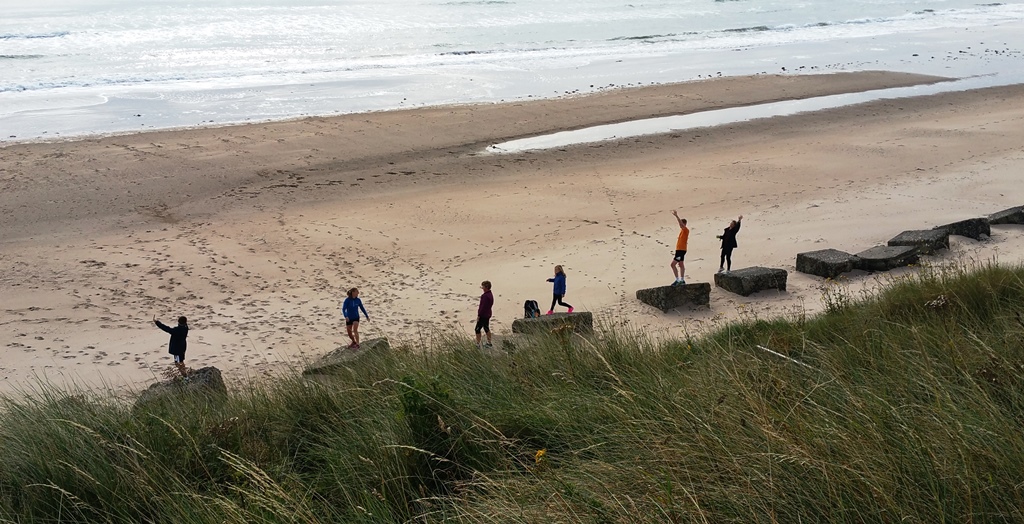 Weekend of 10th September was Great North Run weekend and with Geoff finally getting to scratch his Geordie itch (!) and run the famous half-marathon on the Sunday, we headed north to stay with his mum in Prudhoe. (NB A new parkrun is rumoured to be starting in Prudhoe Riverside Park very soon, we’re looking forward to our next trip north to try it out!).

This gave us a choice of north-east parkruns to visit but we decided to head to the seaside and Druridge Bay, which also gave us a ‘D’ in our parkrun alphabet. As mentioned previously, there’s a game that some parkrun tourists play called ‘alphabetourism’. We try to cover off a different parkrun for every letter. All the letters in the UK alphabet are represented if you seek them… except for J, X and Z. Currently J requires a trip to Jersey, Z to Zary in Poland, and X is up to individual choice. For some, EXeter suffices, for others, it has to be Cross Flatts in Leeds (X-Flatts). The rest of us are waiting for someone, somewhere, to set up Xanadu parkrun. Now, if I ruled the world…

So, we set off at 7.30am from Prudhoe for a stress-free drive to Druridge Bay. We’d been here once before when our girls were little, so we knew of the wide, white-sanded beach. However the country park where parkrun is held is relatively new. It’s one of the several parks around the country which are regenerated mining sites, industrial areas or quarries. In the case of Druridge Bay it was an open-cast mine, which was flooded to become a lake and then landscaped. Today it’s a pleasant, quiet park with a small visitor centre, friendly café and toilets right by the car park. The run takes place on a packed stone trail/cinder track all round the lake – two laps. Watch out for the swans who swan around thinking they own the place. Oh – well maybe they do. 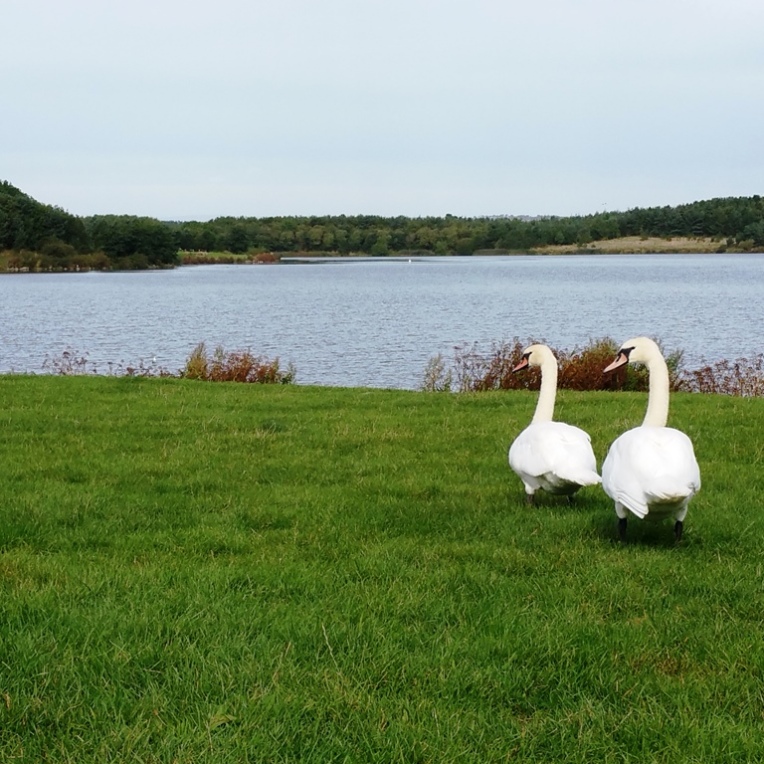 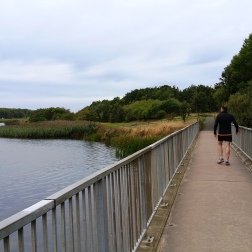 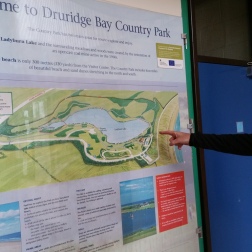 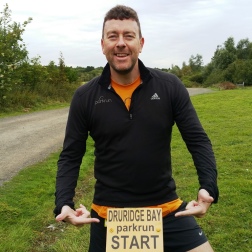 The profile of this run is very flat and with its gentle curving route and lack of sharp corners, it’s a good one for a PB. Numbers were quite low, only 120 finishers for our run, but that could have been because of the GNR the next day. The drop-off was made up for in part by several visiting parkrunners. I think Geoff and I had come furthest from Hampshire, but we met Steve ROBSON, ED at York parkrun, visiting with Ruth and Joseph, and a group from Maidenhead.

After the run we partook of tea and bacon sandwiches in the café then wandered over to the beach for a reminder of its sweeping beauty and to breathe in some sea air. I was slightly disappointed you couldn’t actually SEE the sea during the run, but having the course set back behind the dunes and trees would, I suppose, provide a small amount of protection from North Sea winds. The Maidenhead visitors were having fun making arty selfies on the beach. The concrete blocks all along here are an anti-tank defence from the second world war. The gentle shelving beach and dunes were feared to be an easy target for enemy invasion from the sea. 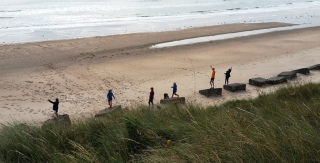 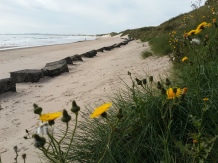 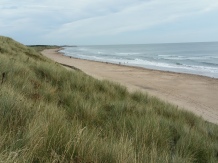 Druridge Bay Country Park is supposed to be a good place for ornithologists and is perfect for a beach picnic so if you’re looking for somewhere to hang around a bit longer after parkrun but with access to the café and loos, this would be a good place to chill out a while, weather permitting. Car parking is free and the car park is open during daylight hours.

A lovely flat course around a beautiful lake… and only yards from a spectacular beach!

After this parkrun we did the Corbridge Treasure Trail – read about our fun afternoon here.